Use our Blogs, Guides, Case studies & News to get you and your organisation to the next level
Local Government Private Sector Housing
Continuous Improvement Business Process Management Transformation Quality & Risk
Blogs Cases News

Warwickshire Prevents Homelessness and Save Cost

The Preventing Homelessness Improving Lives (PHIL) project started three years ago to target and prevent homelessness cases before crisis, with a goal to keep those affected in their homes, improve standards of living and decrease the burden on the social system. When the initial national funding ran out, the team looked for a way to quantify the results and continue to receive funding locally. Although results seemed good, it was only after they evaluated the project with the Engage Process Suite that they uncovered the true savings achieved for Warwickshire and secured the necessary funding. 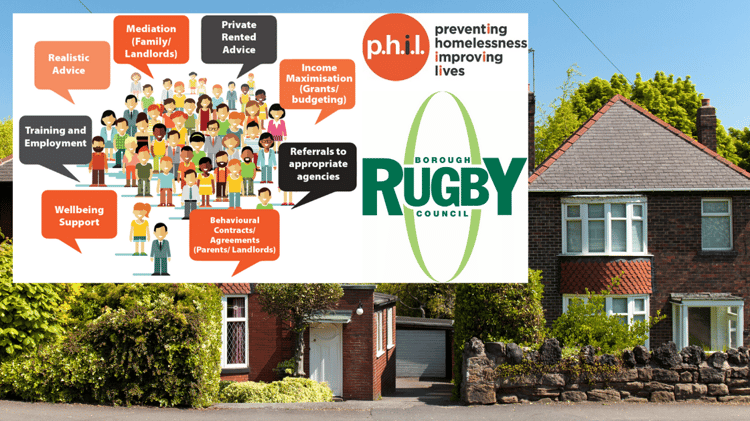 They turned to Catherine Orton (Change Officer, Rugby Borough Council) who used the Engage Process Suite to tackle the problem. There was a real challenge around clarifying how the project worked and costing the different ways the project helps people, let alone quantify whether further local funding was justified in a time where budgets are strapped.

What was at stake?

The risk the team saw of PHIL not continuing was clear. The project had already prevented 141 homelessness cases, which does not sound like a great number until you realise that the average cost to society of each of those individual cases is £20k per annum (according to the website of the homelessness charity, Crisis), plus the wider cost to society. If the project were to end, future cases could not be prevented in the same way, leading to increased cost for tax payers.

There was also a further risk of losing the great work the team had done, as there was no process manual, making it impossible for other local authorities to apply the same methods.

When Catherine engaged with the team, she decided to use processes as the foundation to tackle these challenges. She held workshops with the team to start mapping all processes in the PHIL project, using the Engage Process Suite.

As they started mapping out the project in processes, the team started to reap the benefits of the approach. As the processes were easy to understand and mapping them did not take too long, it drove the collaboration in the team. They discovered they had different ways of coming to the same outcomes and agreed on best practices and uniform ways of working. They eventually settled on building blocks for each element of the project and effectively produced a reference guide to how PHIL worked.

Having documented PHIL’s processes, they started tackling the costing aspect of their challenge. As a team, they started adding times and costs to the various building blocks in the Engage Process Suite. This started to give them the tools to calculate what the actual cost of the project had been, versus the expected cost if these homelessness cases were not prevented. Using client case studies and by combining their process building blocks, they managed to produce a business case and were ready to secure funding.

Making the Case for PHIL

In the final phase of the project, information was presented to the Heads of Housing in Warwickshire, including the process maps and case studies. The visual presentation in the Engage Process Suite helped to communicate how PHIL worked and highlighted the benefits in a very accessible way.

The results were clear: PHIL’s cost was outweighed by the potential cost of doing nothing. This was compared to the much more costly statutory homelessness process, which is followed by local councils once someone has reached crisis point. With that there was a clear and quantified case to continue the PHIL project for another year and build towards even more savings for tax payers.

This Trailblazer project has been commended by the Ministry of Housing, Communities and Local Government.

The Borough of Rugby is a local government district with borough status in eastern Warwickshire, England. The borough comprises the town of Rugby where the council has its headquarters, and the rural areas surrounding the town. The borough has a population of just over 100,000. Of these, over 70,000 live in the town of Rugby, with the remainder living in the surrounding rural areas.